I recently got out of school and finished my exams, and it honestly feels so odd that it’s officially summer break. Anywho, around the time I finished school, season 6 of The Flash came out on Netflix, so as you can assume, I swiftly binge-watched the season.

I’ve watched 3.5 DC superhero shows–The Flash, DC’s Legends of Tomorrow, Supergirl, and a season or two of Arrow (plus the crossover episodes featured in Arrow), and of these, The Flash is my favorite. There’s just something about the show–maybe its heavy focus on family, or maybe the recurring theme of sacrifice–that I find heartwarming.

Compared to the other seasons, season 6 was just so different. For one, there was an almost overwhelming number of intricately woven storylines. This isn’t to say that the other seasons haven’t had each character going through their own issues, but these issues just felt more complex and magnified in this season, and this meant it took large portions of episodes to cover each of them. As a result, characters disappeared in some episodes, and although I know it’s inevitable especially given the growing cast of major characters, it took some getting used to. (Though once I did get used to it, I was able to appreciate the chaos and complexity of the show a lot more.) Overall, I found it easier to just go with the flow of the show rather than to try to connect different pieces together and constantly have each subplot in mind.

Also, this season was darker than the past ones. I thought it was a lot more graphic and there were so. many. jumpscares. Also, near the end of the season, it got psychologically disturbing and it was all just in stark contrast to the previous season’s heartwarming focus on Nora and her family. I mean, I guess all of the seasons are dark in their own ways, but this season just struck me as more disconcerting.

Finally, this isn’t much of a revelation, but I just found interesting how much Barry has changed. He’s gotten a lot older and wiser, and it was a bit sad realizing that the enthusiastic, trusting, naive superhero was wearing down, for better or for worse.

Okay, so one thing I felt confused about was the focus of the season. At first, it seems like the main issue is simultaneously preventing Bloodwork from taking over city and preparing for Barry’s death before the Crisis, but the moment the Crisis is over, the focus suddenly shifts to McCulloch Technologies. In past seasons, there’s always just been one key villain and one main issue, but in this season, there was a myriad of major conflicts, further complicated by the whole multiple-storyline-and-character-issues thing I mentioned earlier. Also, I felt like the sudden inclusion of Ramsey post-Crisis was a bit of a stretch in trying to connect the multiple issues together, because it seemed rather random, given the conflict was technically settled. But if I’m being honest, I think a part of the reason I didn’t like Ramsey popping up again was simply because I just didn’t want him to cause problems again. ALSO, random note, but during episode 1, he just seemed so familiar and I realized it was because he’s Devi’s dad on Never Have I Ever! Sendhil Ramamurthy took on two extremely, extremely different roles, and it was interesting to watch a wholesome father become a bloodthirsty villain.

Another random note: I’m so sad about the Crisis. I can’t accept that all of those Earths, all of those Harrison Wellses are just gone. I mean, I know they technically aren’t since they live on in Nash, but still. RIP Council of Wells. 😞

On the flip side, something I really liked was how (Killer) Frost became a central character in this season. It added an interesting twist to the season, and it was such a genius idea because I honestly didn’t realize how little we actually knew about Frost until the show pointed that out. The whole Ralph the life coach thing was also very cute.

And finally, while the season was a lot more dark and graphic in general, it exponentially intensified when the Mirrorverse came into the picture. It was so unsettling–from the mere concept of duplicates, to Eva’s screams as she burned her arms, to the fever-dream-esque mental state of Iris near the end–and because it was so well-executed, it was just so horrifying.

Also, did the show end with a cliffhanger “To Be Continued” because filming was cut short with the pandemic?

(Okay I just Googled it and the answer is yes. Read this interesting interview by Entertainment Weekly–it makes me really excited for S7! https://ew.com/tv/the-flash-season-6-finale-season-7-preview-eric-wallace/)

All-in-all, I think this season was amazing and it’s definitely one of my favorites, second only to Season 4 with The Thinker. If you haven’t watched The Flash before, GO WATCH IT!! I never expected to love the show as much as I do 🙂

View all posts by grace @ appelerunchat 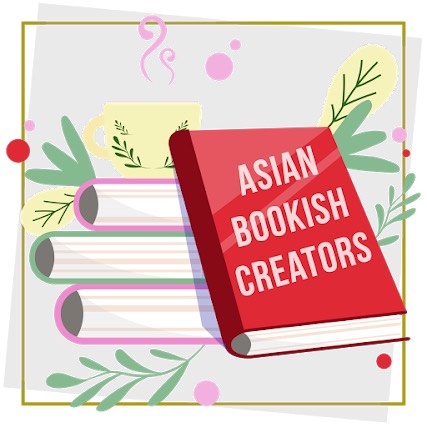 ★★☆☆☆: It was an okay book and I see its merits, but I didn’t like it and wouldn’t recommend it to most.

★★★★★: Loved the book and would recommend it to almost anyone.

✦: .5 stars because we all need a leeway every now and then.